As a youngster one of my favourite authors was the American humorist, James Thurber. Of all the pieces of his I read, the one that I remember most concerned his English teacher′s obsession with the use of "the container for the thing contained" as a figure of speech. For example, we might say, "Today London elected a new mayor." Of course, London would do no such thing, it is an inanimate city of roads, parks and buildings and roads parks and buildings have not yet been given the vote. It is the people of London that elect mayors but the use of the container for the thing contained is a common trait with humans and everyone understands it.Another similar manifestation of this type of behavioural trait concerns certification. We imagine that the owner of a certificate possesses not just the knowledge originally required to gain the certificate but also the talent and skill to use that knowledge effectively. The fact that a standard exists also implies that the standard is reputable. Take the driving license, most of us possess one and most of us imagine ourselves to be good drivers but then most of us usually only drive in safe conditions, in familiar surroundings where the behaviour of the vehicle and other road users are reasonably predictable. How well do we cope when faced with unexpected or extreme circumstances?Which brings me on to management. How do you get groups of people, large or small, to successfully work together towards a common goal? Achieving goals as an individual is difficult enough. Managing a team must be nigh-on impossible and, strange as it may seem, the more intelligent the individuals in the team, the more of a problem it seems to be to manage them. The difficulties in managing teams of highly intelligent individuals are highlighted by the tremendous rate of failure of IT projects, as reported by industry analysts the Standish Group and others. I′m sure you′ve all heard it before but the usual figure quoted for IT project success ranges from the fourteen percent in 1994 to the thirty-two percent in 2002. Still only a third of projects are successful.Earlier in the year I attended the BCS PROG-M conference "Getting Better Value from IT Investments" where much was made of the tremendous rate of failure of IT projects but the interesting thing for me was, although most of the speakers expressed shock over the incredible percentage of failed projects, none of them made any real attempt to probe the underlying reasons why this should be. There was little or no mention of how we approached the management of projects and whether that might have an effect on the success or failure of a project. In fact, I recall one of the speakers saying, "we know we′re doing them right, we′re just picking the wrong ones to do!" They have now started an initiative to help them discover which projects will succeed before they start them - good luck guys!Getting back to the industry analysts though, anyone visiting any of their sites must be aware that they do much more than just research into the numbers of project failures, they also produce analyses of the cause of failure, something that seems to have been missed by the presenters at the conference. Since 1994 the Standish Group have been publishing the annual Chaos report, which presents the ten major factors that contribute to project success, listed here in order of importance:

The lack of any of these factors will have dramatic effect on the success of a project but they are not technical factors, so we can′t look to technology for solutions. The competence of the staff is way down the list at number seven and staff productivity and focus is at number ten, so we can′t look to our subordinates for solutions either. This leaves us with only one avenue to examine - the way we manage the projects - but, as we saw at the project managers conference, they don′t believe that there is a problem with the way they do things.This where governance comes in but, for reasons I′ll explore later, I don′t think it will make a blind bit of difference, although it does look as if it is going to overtake agility in the quest to be the new black.The word governance is just a synonym for government and in that sense has to do with how we govern our organisations. It is a reaction from the shareholders to our inability to manage effectively. The industry has constantly failed to deliver on its promises, this has caused businesses to lose money, and market position and has damaged the reputation of some companies. In turn, groups of shareholders have become unhappy and are now insisting that the board of directors establish a set of regulations and standards that define their responsibilities and also provides a means of measuring their effectiveness at setting and implementing the strategies necessary for the survival of the organisation. Those responsibilities include certifying that risk and resources are managed properly and that due diligence is performed when critical decisions are being made. The board will also be expected to produce a maturity model showing the stages it will go through on its path to optimal effectiveness.Governance is another standards movement but unlike previous ones - ISO, CMMI, etc, - this one is self certifying. The board itself will be responsible for setting the standard and assessing its performance against it.On the face of it, you may well think that governance is no bad thing and most of us will probably agree that it not before time that management was made more accountable for their actions and decisions but how they imagine they are going to do this is where I see the problems arising. Don′t get me wrong, I think governance is a well-intentioned idea and where it succeeds it will be prove to be beneficial but where it won′t succeed is where it is needed the most. In other words, if you need governance then governance probably won′t work for you.According to the IT Governance Institute the intention is that IT governance will:

Well "Duh!" Isn′t this management 101? If your managers are not already doing these things, why are you employing them and what the heck are you paying them to do? If your managers have neither the wit nor the wisdom to be following the most basic of management principles, I find it hard to believe that the implementation of a governance standard will improve their performance in either the short or the long-term. Good leadership is necessary for success but conformance to a management standard won′t give you good leadership, particularly when it′s your own standard. You may get your container but will you get the thing contained?The theory behind governance is that it will improve leadership and create corporate cultures that enable organisational learning, thus improving likelihood of success. In practice what is likely to happen is that management will not be too interested in developing their own standard and will hire external consultants. Performance measurement will be done by simply picking whatever metric shows them in the best light. Any failures can be remedied by choosing a different metric or blaming the external consultants for delivering a faulty governance plan.Do you think I sound a wee bit cynical? A recent report by management consultants Grant Thornton, showed that while the majority of large companies said they comply with the rules on corporate governance outlined in the Turnbull report, 80% have failed to truly embrace its principles. "Instead of wholly embracing the changes, companies are merely ticking boxes to ensure that they comply with the bare minimum rather than embracing the spirit."Creating cultures and environments that foster innovation and creativity is what leaders do, you know a leader because you will see them in front with people behind, following. Managers, on the other hand, are usually found behind the team, shepherding them forward, inducing their progress with either a carrot or a stick, trying to keep them on the straight and narrow.In my time I have been involved with companies all over the world, I have met and worked with many excellent leaders and I continue to do so. It′s one of the things I enjoy most about my job. I have learned much from them, they have motivated me to do good work that has surprised even me and I am truly grateful that I have had the opportunity to have been associated with them. Charismatic and passionate about the things they do, leaders are extraordinary people and usually found leading high-performance teams of enthusiastic and highly skilled individuals, which they attract and keep.The lack of leadership in our industry is one of our biggest problems and we won′t solve it by instituting more management, particularly the command and control style that seems so prevalent today.Though well intentioned, standards initiatives like governance, ISO and the CMMI are too open to abuse by the process mavens and are notorious as the surest ways to stifle innovation and creativity when applied ineptly.Finally, a parting shot at the project managers: just to confirm that I′m not the only one that thinks there are problems with the way that we manage projects, the Project Management Institute released a paper last year entitled "The Underlying Theory of Project Management is Obsolete". Time to throw away your Gantt charts guys!References: 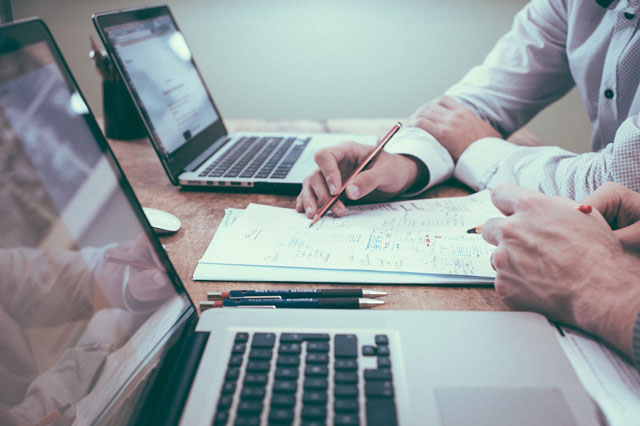